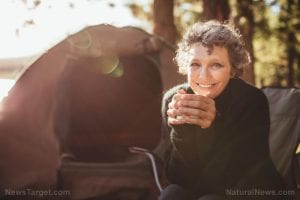 Many people need their morning cup of joe to get them through the day. It should be comforting to know that your coffee habit can actually be helping you live a longer life, especially if you’re susceptible to breast cancer. A recent study conducted by the University of Navarra and the University of Jaen in Spain suggests that women who regularly drink coffee are less likely to develop breast cancer after menopause.

The study, which lasted for over 12 years, involved surveying the consumption patterns of around 11,000 women. Using this data, the researchers assigned the women into three groups depending on their hydroxycinnamic acid intake. Hydroxycinnamic acids are compounds found in many plant-based foods and are known for their antioxidant, anti-cancer, and anti-inflammatory properties. They then proceeded to observe their cancer incidence rates during this period and found that women who had the highest amounts of chlorogenic acids – a kind of hydroxycinnamic acid found primarily in coffee, fruits, and vegetables – were 65 percent less likely to develop breast cancer within their lifetimes.

Fruits and vegetables are definitely important to avoid cancer. But, if you’re unable to find the time to chow down on a salad, drinking coffee can serve as an alternative that is just as powerful.

This study adds to the ever-growing pile of research that supports the positives that come from regular coffee consumption. A study from Sweden’s Karolinska Institute, for instance, found that regular coffee drinkers had a lower incidence rate of breast cancer when compared to non-coffee drinkers. By comparing the lifestyles between two groups of women of a similar age, one with breast cancer and one without, the researchers found that regular consumption of coffee greatly reduced the risks of women developing what they refer to as ER-negative breast cancer, a type of breast cancer noted for its high mortality rate.

nother research paper, this time published by the British Journal of Cancer, studied 269 women with one common factor tying them together: These women all come from families with high rates of breast cancer diagnosis. They compared breast cancer rates with coffee intake and the appearance of a certain gene. The researchers found that women with this breast cancer gene were less likely to develop cancer if they regularly drank at least three cups of coffee a day.

Coffee can also help with other kinds of cancers

Breast cancer isn’t the only kind of cancer that coffee keeps at bay. Hepatocellular carcinoma, a deadly kind of liver cancer, is less likely to occur in regular coffee drinkers, and consistently drinking at least two cups of coffee a day makes them less likely to develop colon cancer.

While study upon study has been able to create a clear connection between lower incidences of breast cancer with regular coffee consumption, those studies haven’t been able to figure out exactly why it’s able to do this. But, at the very least, the science definitely supports coffee’s anti-cancer benefits.

So, if you’re starting to feel guilty about needing that cup of coffee in the morning to give you the energy you need throughout the day, the research is on your side. So go ahead and drink it, because not only will it help you power through, it’ll also be helping your body fight off cancer.