Genetically modified foods (GMO foods) have been shown to cause harm to humans, animals, and the environment, and despite growing opposition, more and more foods continue to be genetically altered. It’s important to note that steering clear of these foods completely may be difficult, and you should merely try to find other sources than your big chain grocer. If produce is certified USDA-organic, it’s non-GMO (or supposed to be!) Also, seek out local farmers and booths at farmer’s markets where you can be ensured that the crops aren’t GMO. Even better, if you are so inclined: Start organic gardening and grow them yourself. Until then, here are the top 10 worst GMO foods for your “do not eat” GMO foods list (in no particular order). 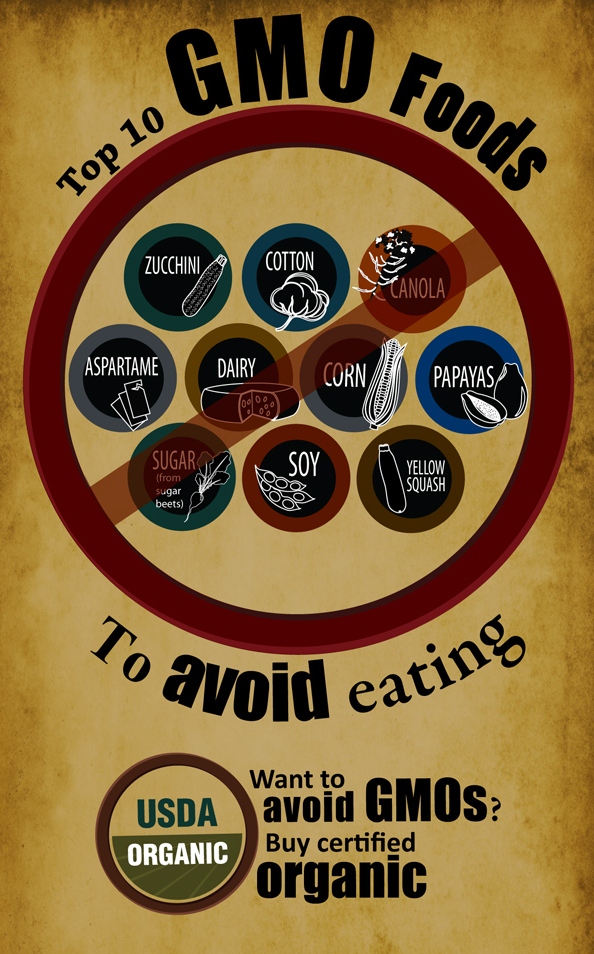 One of the most prominent GMO foods, avoiding corn is a no-brainer. If you’ve watched any food documentary, you know corn is highly modified. “As many as half of all U.S. farms growing corn for Monsanto are using genetically modified corn,” and much of it is intended for human consumption. Monsanto’s GMO corn has been tied to numerous health issues, including weight gain and organ disruption.

Found in tofu, vegetarian products, soybean oil, soy flour, and numerous other products, soy is also modified to resist herbicides. As of now, biotech giant Monsanto still has a tight grasp on the soybean market, with approximately 90 percent of soy being genetically engineered to resist Monsanto’s herbicide Roundup. In one single year, 2006, there was 96.7 million pounds of glyphosate sprayed on soybeans alone. According to one report, “[a]fter feeding hamsters for two years over three generations, those on the GM diet, and especially the group on the maximum GM soy diet, showed devastating results. By the third generation, most GM soy-fed hamsters lost the ability to have babies. They also suffered slower growth, and a high mortality rate among the pups.”

Sugar from genetically modified sugar beets hit the market in the U.S. in 2009. They were modified by the Monsanto Corporation to be resistant to the company’s Roundup herbicide. In 2010 a group of Oregon farmers sued to stop planting that year of Monsanto’s genetically altered sugar beets over fears the crops could cross-contaminate other nearby fields.

An artificial sweetener found in a number of products, aspartame – discovered by accident in 1965 by a chemist testing an anti-ulcer drug – accounts for as many as 75 percent of adverse reactions to food additives reported to the Food and Drug Administration (FDA), according to some reports. Some seizures and even some deaths have been blamed on aspartame. 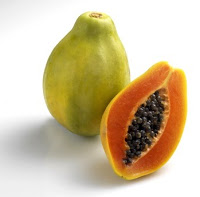 This one may come as a surprise to all of you tropical-fruit lovers. GMO papayas have been grown in Hawaii for consumption since 1999, designed to combat the Papaya Ringspot Virus. Though they can’t be sold to countries in the European Union, they are welcome with open arms in the U.S. and Canada.

This is probably one of the most misunderstood, misguided “healthy” food choices out there right now, but there is little about canola – and similar oils – that is good for you. Extracted from rapeseed, canola oil and others must be chemically removed from the seeds, then deodorized and altered, in order to be utilized in foods. They are among the most chemically altered foods in our diets.

Considered a food item because its oil can be consumed, cotton – in particular, genetically modified Bt cotton, common to India and China – has damaging consequences. According to recent Chinese research, while Bt cotton is capable of killing bollworms without the use of insecticides, its decreased use has increased the presence of other crop-harming pests. Also, Bt cotton production has been linked to drastic depletion of soil nutrients and lower crop yields, as well as much higher water requirements.

A disturbingly high number – as many as one-fifth – of dairy cows in the U.S. today are given growth hormones to increase milk production, a figure that has been rising since the FDA approved a genetically engineered recombinant bovine growth hormone known as rbGH or rbST for use in dairy cows in 1993. While said to boost production by 5-15 percent, scientists have expressed concern that the increased levels of IGF-1 (insulin growth factors-1) from hormone-treated cows may boost the risks of colon and breast cancer. Since 2008, Hiland Dairy has stopped using milk from dairy farmers who inject their cows with growth hormone.

It goes without saying that many biotech companies say genetically modified foods are safe for you, but as GMO science expands, reseachers are finding more evidence that such foods can harm your health. One of those is zucchini. While not as potentially harmful as other GM foods, zucchini is nonetheless “engineered” to resist some strains of virus.

Like zucchini, yellow squash is also a fast-rising GMO crop in the U.S., and as such, should cause you concern. If you like squash – and scores of Americans do – check out a farmer’s market that doesn’t sell GMO squash or grow your own using non-modified seed.

The dangers of some of these foods are well-known. The Bt toxin being used in GMO corn, for example, was recently detected in the blood of pregnant women and their babies. But perhaps more frightening are the risks that are still unknown. Even while these foods should be on your GMO foods list so that they are avoided, you can buy 100% organic to be safest.

With little regulation and safety tests performed by the companies doing the genetic modifications themselves, we have no way of knowing for certain what risks these lab-created foods pose to us outside of what we already know.

The best advice: steer clear of them altogether.